It’s no secret that humans are social creatures.

We’ve evolved to work together in order to survive and thrive in this world of ours, and our brains have adapted accordingly. However, there are some aspects of human interaction that scientists still don’t fully understand — namely the chemistry behind what makes us feel good when we collaborate with others on a project. So today I’m going to share some interesting findings about how dopamine and oxytocin interact with each other when we work on creative endeavors with other people.

On a daily basis, our brains produce chemical compounds known as neurotransmitters.

When you think about it, your brain is really just a complex machine. It does all kinds of things for you, and it communicates with the rest of your body through an electrochemical system known as neurotransmitters. These chemicals send signals to different parts of your body in order to tell them how they should feel or behave. As you may already know, serotonin and dopamine are two important neurotransmitters that help regulate moods and feelings of happiness—serotonin affects how we feel when we’re sad or depressed; dopamine helps us experience pleasure when we do something rewarding (like eating chocolate). There are over 100 different types of neurotransmitters in the human body—they’re produced by neurons (brain cells) located throughout our brain and spinal cord which communicate with each other using electrical impulses before releasing chemical messengers called action potentials (also known as nerve impulses). The release of these tiny molecules allows us to experience normal life functions such as vision, hearing, memory formation/retention etcetera… Neurotransmitter production occurs on a daily basis with some being more active during certain hours than others depending on how long ago we ate last time we were hungry! For example: if someone hasn’t eaten since breakfast then their bodies will produce more adrenaline because they need glucose energy right away.”

These neurotransmitters send signals to our bodies, controlling the way that we feel and act.

Neurotransmitters are chemical compounds that send signals to your brain, controlling the way that you feel and act. They’re produced in the brain, where they activate receptors to produce different effects. There are many different types of neurotransmitters; they can be classified by their function, structure or target cells. Some of these include serotonin (a mood regulator), dopamine (motivation), adrenaline (stress relief) and endorphins (pain relief). These chemicals are designed to interact with specific receptors on nerve cells within our brains; when this happens it sends an electrical signal throughout our brains which influences our behavior.

There are over 100 different neurotransmitters in the human body, but the ones that I’m interested in today are oxytocin and dopamine.

Let’s start with a brief introduction to neurotransmitters. Neurotransmitters are chemicals in your brain that send signals to your body. There are over 100 different neurotransmitters, but the ones that I’m interested in today are oxytocin and dopamine. Neurotransmitter levels rise when we’re having fun or collaborating with others on a project, which can lead us to feel more connected to others and more willing to share our ideas.

Oxytocin is known as the “cuddle hormone” or the “love hormone.” It’s produced when we hug a friend or loved one, or when we feel close to someone.

Oxytocin is a hormone produced in the brain that’s associated with emotions like love, trust, and affection. It’s released when we hug someone or feel close to someone—or when we engage in sex or childbirth. Researchers are finding that oxytocin may play an important role in team collaboration and unbridled creativity—like what happens during brainstorming sessions.

Dopamine is associated with feelings of pleasure and reward. A person’s brain produces dopamine when they see something or someone that they find desirable.

Dopamine is a neurotransmitter that helps control the brain’s reward and pleasure centers. It is released when we experience something that we find desirable, like a reward or a pleasurable activity. In other words, dopamine helps your brain figure out whether something is good for you or not. Dopamine plays an important role in our everyday lives by making us more motivated to carry out activities needed to survive, such as eating food and drinking water. For example, if you’re hungry and thirsty but don’t have access to food or drinkable water within reach then your body will produce dopamine so that it can motivate you to go find some sustenance (e.g., go hunting).

Researchers have discovered that our brains release both of these neurotransmitters when we’re feeling a sense of accomplishment in our work.

This is because teamwork activates those same reward centers in our brains that are activated by things like social bonding and sex. In other words, working with others on a project lights up your brain in pretty much the same way as getting intimate with someone else does!

Working with others on a project can be rewarding and good for your brain. It’s also good for your relationships (and even better if you’re in a romantic relationship) and career, but it can also be stressful. However, the stress is beneficial to our brains because it encourages us to engage in problem-solving activities that help us develop new skills. So if you’re thinking about joining a team or starting one up yourself, it’s worth considering the possible benefits!

The researchers say this effect can also help explain why people experience such strong positive emotions while they’re working on a creative project with others.

The brain is the most complex organ in the body. It consists of around 100 billion neurons, which are cells that connect to each other and send signals. These neurons are arranged in large networks that can handle different kinds of information at once. The researchers say this effect can also help explain why people experience such strong positive emotions while they’re working on a creative project with others. “We make associations between ideas, just like our brains associate certain types of smells or food,” said Dr Vittorio Gallese, who led the research at University College London (UCL) and Sapienza University in Rome.”You might be thinking about your childhood or something that happened yesterday, but we don’t have any specific time stamp for these kinds of memories.”We have always known that the brain has separate areas for language processing and movement control – but now we know more about how they interact.”

So the next time you’re working with a team, try to remember that your brain chemistry might be helping to create those feelings of creativity and achievement. It’s good to know what’s going on in our heads when we’re feeling creative, so that we can use this knowledge to our advantage!

I’ve been an agilist for a little over ten years now. It’s been a roller coaster ride of good and bad, but I can say 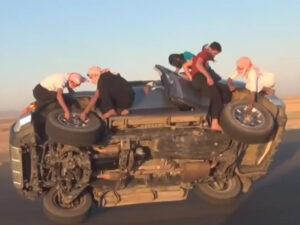 Powerful Questions: The best tool in a scrum master’s toolbox

As a scrum master, you’re responsible for helping your team to rapidly deliver high quality value to it’s end users and business stake holders—yet at 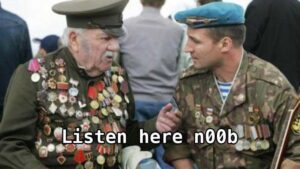 So you’re a day one scrum master and you’ve landed your first job!  Congratulations, that’s really exciting!  Being a scrum master is super fun and

According to a workplace study by Gallup, the U.S. saw its first major decline in employee in a decade — dropping from 36% engaged employees

Send Us A Message

PrevPreviousPowerful Questions: The best tool in a scrum master’s toolbox
NextHow to stay motivated as a scrum master in a low agile culture environmentNext